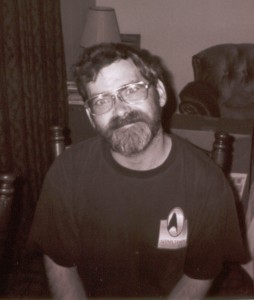 The long plastic zip tie tightened around the neck of Joyce Williams, but still she managed to get her hand underneath it, struggling to keep herself from choking. “If you move your hand, I’ll stop,” he promised. He lied. As Joyce removed her hand, the serial killer yanked hard. Joyce gasped for her last breath, but the sounds of her dying were not enough to satisfy the killer’s lust. As Joyce slumped over, he reached for his saw and dismembered her leg at the hip. Only after he had masturbated himself with the severed leg did the man feel released from his hunger. Joyce was his fourth victim. Four more women would be mutilated before a tire track led police to the home of Sean Vincent Gillis in 2004.

In the late 1990s and the early years of the new millennium, Baton Rouge and its surrounding area were plagued by numerous reports of missing and murdered women. While many of the killings were later attributed to South Louisiana Serial Killer Derrick Todd Lee, police had suspicions that there were other serial killers operating in the area. They were right. Some of the victims were African American prostitutes in the vicinities of North Boulevard and North Acadian Thruway. Still others were drug addicts or average everyday women gone missing while jogging.

Almost every day, the media released information about the women who had been connected by DNA to The South Louisiana Serial Killer. Gillis’ victims had largely been forgotten—Ann Bryan in 1994, who had been raped and slashed to death in a retirement community; Katherine Hall, Hardee Mosely Schmidt, and Joyce Williams in 1999; and Lillian Robinson and Marilyn Nevils in 2000—although their deaths had been much more gruesome.

Gillis was a textbook serial killer—cold and calculating, a sexual predator who enjoyed the added dimension of mutilation and sex after death with some of his victims. Jeffrey Dahmer-like in his approach, Gillis took more pleasure in his victims after they were dead. But no one knew or even suspected that the frumpish white man with the bushy moustache, receding hairline and blue eyes framed with hard-rimmed glasses could be capable of such atrocities. Johnnie Mae Williams, a black woman who had been friends with Gillis for eight years, would find out just before he killed her in 2003 when Gillis resumed his hunt for victims. And Donna Bennett Johnston, Gillis’ last known victim, would discover his propensities too late as she fought for her life just before he strangled her and dumped her body by a canal on Ben Hur Road in February of 2004. Her death would lead police to Gillis’ door.

After being swabbed for DNA, Gillis spent one last romantic evening with his girlfriend, Terri Lemoine, before confessing to eight murders. Police had much difficulty distinguishing between some of Lee’s victims and Gillis’ victims. Both men crossed racial lines. Both men used different weapons, and both left the bodies of their victims near waterways throughout Louisiana.

Sean Vincent Gillis is currently serving three life sentences at the Louisiana State Penitentiary at Angola for the murders of Marilyn Nevils, Joyce Williams, and Donna Bennett Johnston When asked why he killed so many innocent women, Gillis simply responded, “They were already dead to me.”