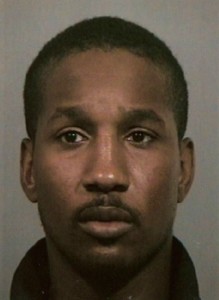 “Rigor mortis had set in by the time police arrived,” Special Prosecutor Tony Clayton told the jury, watching their eyes as they viewed the photograph of the bloodied arm of Geralyn Barr DeSoto.  Geralyn’s clenched fist, frozen in death away from her body, held her secret.  “Geralyn was trying to tell us something.  She was telling us how hard she fought.  She was telling us who her killer is.  ‘Right here,’ she said.  ‘Right here I have the killer.  Just open my hand.  Just open my hand, and you’ll know who did it to me.’”

“Charlotte Murray Pace fought from one room of that apartment to the other,”

Prosecutor John Sinquefield told jurors as they blinked tears away.  “She clawed, she hit, she fought.  As her young, strong heart pumped its last blood out of the holes he cut out of her, she fought.  And in the fight, he took her life, her body.  But he could not take her honor.  She preserved her honor forever by the way she lived and by the way she died.  And that fight—he didn’t win it.  It’s not over.  It’s here.  It’s alive in this courtroom.  She brought it to you when she trapped his DNA in her body and on her body, and when she reached out and clawed his skin.  She brought the fight to you.  I say if he doesn’t get away with it, he doesn’t win it.”

These crimes are vividly depicted in this first comprehensive book about Derrick Todd Lee.  Blood Bath dramatically tells the story of Lee’s life and follows the timeline of his reign of terror over South Louisiana.

Readers will become intimately acquainted with the seven victims who have been linked to Lee by DNA, along with the frustrated investigators who could not catch this diabolical killer.  This recounting also details the murders of ten other women who were not connected by DNA, but whom these authors believe should be included on the list of Lee’s victims due to strong circumstantial evidence.

There are many unanswered questions regarding these series of killings.  How did Lee find his victims, and why did he choose them?  Why didn’t the Multi-Agency Homicide Task Force believe he was the killer when his name was brought repeatedly to its attention?  What evil possessed him to rape and murder so many women?  All of these questions are answered as Blood Bath journeys for more than a decade through the small towns and swamps of South Louisiana to create a graphic accounting of Lee’s vicious rapes and homicides.

Blood Bath vividly paints the portrait of this monster and the beautiful women who died as a result of his twisted compulsion to kill.